Quantum Night was my first experience with this author’s work. I saw that it had mixed reviews on Amazon and Goodreads, but I did not let that stop me. The concept was appealing and I like to think that I went into this without bias.

I love all kinds of Science Fiction, but I am drawn to stories like this, because they can be so much more relatable than some others. With that said, I really thought I would enjoy this story, but as it turned out… it was just okay.

I give it three stars.

In the beginning, I was immersed in the story. It was well written and the “science” was intriguing (even if imprecise.) Then, at around 60% into the book, the momentum changed and the book went from enthralling to puerile.

As a fan of Science Fiction, I am used to being bombarded with different political, ethical, social, and philosophical views. (For some reason, the genre is jammed packed with the stuff.) Usually I can make my way around it, but this story was a bit too preachy for me. Why all the political shaming and pejorative remarks about the United States? I get that it’s fiction, but I felt like the author stayed up on the soapbox far too long. I think I felt this way because most of the story takes place in the near future (2020 I think) and is full of people or references that are relevant today. Yeah, the politics of the world are important and are a part of everyone’s lives, but I don’t want it in the fiction I choose to read (real life politics is depressing enough). Reading is supposed to be fun and thought provoking, but this book was neither.

Like I said, in the beginning, I was taken in. The three quantum states of humanity was a compelling idea. In the book there are Q1s or the “philosopher’s zombie or p-zed”, Q2s or the “quantum psychopaths”, and Q3s or the “conscious with a conscience”. The author had a myriad of paths he could have pursued, but he chose the political angle.

The science, well I have no idea how sound the science is. Quantum physics and theoretical physics is beyond me. I busted my butt through The Principles of Physics I and II in college and was happy to get a B. I couldn’t even begin to understand the underlying science in this book. All the technical stuff went over my head, but so does “real” physics. It was superficially interesting, so I give it a pass. 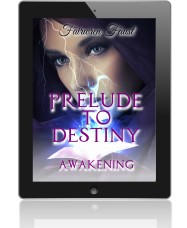 The protagonist, Jim Marchuk, wasn’t very likable. As soon as I started thinking that he wasn’t so bad, his Utilitarian views slapped me in the face and his “quantum psychopath” state is a murderous, uncaring, unfeeling jerk (so is his p-zed state.)

None of the characters were interesting or likable. I tried to like Victoria but she turned out to be shallow and we never get to know what happens to her in her “quantum psychopath” state or if she will stay there.

Kayla Huron, well… I won’t give much away, but let me just say… once a psycho always a psycho. Her choice in the end is unbelievable. I feel like the author threw it in just to piss the reader off.

I almost wished the story was told in Professor Menno Warkentin’s POV. One of the last things he says is “Dom and me, we’d been on to something huge” and he was right. I think I’d have much rather liked to read that story.

No one in this story has any redeeming qualities in any quantum state and the book asks for too much suspension of disbelief. It simply shouldn’t have ended the way it ended. Why do I say that?  Spoilers ahead.

Jim was a “p-zed” when he attacked Dom, he apparently broke his neck for no reason at all (I kept waiting on the revelation that somebody talked him into doing it… maybe Menno or Kayla.) All the looters and rioters are p-zeds led by psychopaths… so, it is likely that both presidents (Russia and the US) would still be capable of murderous acts or be coerced into acting, especially if they are both p-zeds now. Are all the politicians and government officials p-zeds after the shift? Pa–leeease!

So, there it is… 3 stars for getting my attention in the beginning and an interesting concept. However, Quantum Night just didn’t deliver in the end… if I can call it an end. If there is another installment, I think I will pass.

Are you looking for something to read? How about reading Prelude to Destiny: Awakening? Get your copy today. Available on Amazon, iBooks, Google Play, Barnes and Noble, Kobo and a many more. 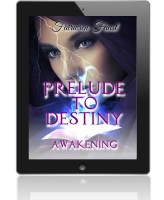 Would you like a chance to win a free, signed copy? Don’t forget to enter the Book Giveaway on Goodreads.

Or do you prefer e-books? Well, I have you covered. Enter to win a free e-book on Amazon.