The Dark Army by Joseph Delaney

The Dark Amy is the second book in the Starblade Chronicles. Most of the story takes place in Polyznia, the principality under the rule of Prince Stanislaw. The story picks up right after book one A New Darkness leaves off. Tom Ward, the new County spook is dead, slain by a Shaiksa assassin.

I can’t say that I enjoyed this book, but I didn’t hate it either. I give it a solid three stars, and here is why.

There was a lot of talk about the new darkness, but it doesn’t really make an appearance in the book. The war with the Kobalos army isn’t well developed and the descriptions of the battles don’t seem to fit or belong in this world. Every time I read a battle scene I felt like I was reading a totally different book.

I didn’t want to go into the story comparing it to the previous series, but the book kept reminding just how awesome the first series was. (I was tempted to stop reading this book and just start Wardstone Chronicles over from the beginning, but that is out of the question because it was ridiculously long.) Keep reading for my views on each of the main characters. Spoilers follow.

I guess it goes without saying that Tom Ward doesn’t stay dead. I’m glad Tom isn’t dead, but it takes something away from the power of death when certain characters are able to escape death and come back as is nothing ever happened. What was the point of killing Tom? The book claims that they needed the warriors to rally around him and witness his resurrection, as if he was a “messiah” type character. That is simply ridiculous. Just defeating the assassin should have been enough. Tom made no decisions in this book and was basically a pawn in Grimalkin’s war against the Kobalos. Tom made more sound decisions as an apprentice than he makes as Spook. His character has not grown at all. He relies too much on Alice and Grimalkin and only reacts to what is happening around him, when he should be making important decisions.

Grimalkin’s character was ruined in this book. She was melodramatic and moody and nothing like the warrior witch assassin that I loved from the previous series. I can’t say much about Grimalkin because she did a lot of nothing and left me wanting the old Grimalkin back.

Alice is back. Why? Because Lukrasta is dead. Why is Lukrasta dead? Is he really dead? Who knows with the rules of this book. Why kill off Lukrasta? It makes no sense. He was one of the more interesting characters. Once Lukrasta is dead Alice reveals that she had “no choice” but to stay with Lukrasta because Pan, one of the Old Gods, made her promise after entering his realm without permission. So, now she’s back with Tom and has discovered that she’s an Earth witch, something no one knows anything about, because she is the first of her kind. The book made a big deal about Alice belonging to the dark and how Tom belongs to the light and how they will never truly be together, especially not in death. I’m willing to bet a few dollars that by the time the series ends Alice is going to find something out about her powers and learn that it doesn’t all come from the dark or something like that, which is weird seeing as how she’s supposed to be the daughter of The Fiend.

Jenny Calder is Tom’s new apprentice. She’s a seventh daughter of a seventh daughter and is being trained as a spook. Her powers are much different from Tom’s, but we don’t get to experience a lot through her that explores her powers or advances the plot. I can understand why the author didn’t want to rehash Wardstone Chronicles by just writing another story about a Spook training his apprentice, but I wish he would’ve given the apprentice the same powers of a seventh son of a seventh son, because I feel like I don’t know anything about Jenny. When are her powers going to shine?

When the book is about 85% done, we are introduced to another old character, Golgoth, who is wreaking havoc in the county, and there is final show down where Tom again does nothing except allow all the witches surrounding him do all the work and has to be saved… yet again. In the end Golgoth escapes and the new Kobalos god, Talkus, who was born as The Fiend died, still hasn’t made an appearance. A waste of 400+ pages.

All in all, not a very impressive book. The bad part about it, there is an interesting story hidden beneath all the filler. The Fiend was a scary SOB and Talkus is supposed to be much worse. I’ll be glad when he finally shows up. I loved how the previous books were dark and scary (not too scary though.) This book was not scary, and the “dark” elements were also lacking.

Well, there you have it.

Stay tuned for future reviews.  I’m so glad I have time to read again!

Are you looking for something to read? How about reading Prelude to Destiny: Awakening? Get your copy today. Also available in iBooks, Google Play, Barnes and Noble, Kobo and a many more.

Would you like a chance to win a free, signed copy? Don’t forget to go sign up for the Book Giveaway on Goodreads. 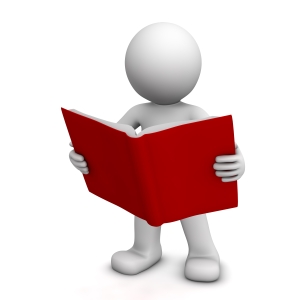